To bring people to the center of our Lord Jesus Christ for Eternal Life and working of miracles.

To propagate the evangelical work and preach the gospel of our Lord and Saviour Jesus Christ all over the world.

Based on the divine vision given to the founder about the establishment of the church, we believe and teach the following: The divine trinity, repentance, justification, salvation, sanctification or holiness, water baptism.We also perform the Lord’s Supper, Baptism of the Holy Spirit, divine healing of the sick. We believe in the second coming of our Lord Jesus Christ, the great tribulation, Christ Millennial reign, the great white throne judgment, the reality of heaven and hell, the new heaven and the new earth. We also believe that marriage is for life according to the bible. The great work committed to us by Jesus Christ is to “Go into the world and preach the gospel” – Evangelism. Moreover, we have personal love which has something to do with relationship between our members. We preach that we have to help each other and that as long as one of us is in trouble or suffering, we all stand in the same.

Background to The Call

At Baptism by the Late Rev Canon E T Babatunde of St Phillip’s Anglican Church Otan Aiyegbaju in the year 1962, there was a revelation that the young boy will be a minister of the gospel. The father Late Simeon Tokede had planned that his son will go to the then Emmanuel College after his secondary education to be trained as an Anglican vicar.

This was not in the mind of the young man who always believes that Pastors are like beggars waiting for church members to come and bless them, when they stay at home doing nothing but praying for working members in the name of God and Religion.

However, he became an active member of the Anglican Church as:

Through these activities his orientation about ministerial assignment began to change. Particularly with his fellowship with churches like the Pentecostal Assembly Yaba, Christian Pentecostal Mission, Ajao Estate, The Assembly of God Church Iju and The Christ Power Apostolic Church Ogba where he was ordained as an Elder in the year 1996 and Pastor in the year 2001. He was also the church secretary since 1995.

I visited mountains for prayers the same voice kept coming.

One day l decided to go to Pentecostal Fellowship Assembly (PFA) to attend a one week deliverance programme. There I met Mr Segun Abejide and Kenneth Kelson both were deportees from Japan and America respectively. One night I dreamt that I was walking on a tiny ladder across a very big and deep canal with fire burning underneath with brimstone and sulphur. When l got to the middle, a voice spoke to me to look down and as I did the fire was burning like hell and the voice said to me, ‘my son if you fail to do my own that is where you are going’. I asked him ‘what do you expect me to do, l am committed to service and I love my Church’. The voice continues ‘use what you have to preach the word of salvation. You are a solution provider, go and begin to preach my words in the ministry I have committed to your hand and after one year you will be fulfilled’. That night I wept bitterly from my sleep.

The Birth of the Church

On that day I shared the dream with Bro Segun Abejide who encouraged me to start and do something about it. The same week I received a letter from my church The Christ Power Apostolic Church to be in Church on Sunday with anointing oil.

On getting to the Church it turned out to be an ordination service which I did not prepare or plan for. I was told by my General Overseer that when they were praying on the mountain the voice commanded him to ordain me immediately as a Pastor for the work he has committed into my hand

We started by observing 3 days fasting and prayer for confirmation, 4 people only (myself, my wife Bro Segun Abejide and later Bro Keneth Kelson). By the 3rd day people began to join us, we continued for another seven days, our number increased from 4 to 7 to 14 and then to 32. We then organized a seven day revival, our number continued to increase during this period and we received the name of the church as THE CHRIST POWER PENTECOSTAL ASSEMBLY (CPPA) ALSO TO BE KNOWN AS -LIVING WORD MINISTRY and the 1st chapel as- SOLUTION CHAPEL. The chapel was dedicated on the 20th day of May 2001.

HIS PLACE OF BIRTH 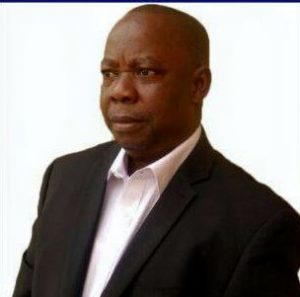 Julius Oluwakayode Tokede was born on the 19th of December 1960 in Otan Aiyegbaju, now the head quarter of Boluwaduro Local Government in the Osun State of Nigeria into the TOKEDE family. Pa Simeon Amoo Tokede of blessed memory and the 2nd child of present Madam Felicia Adepeju Tokede

He attended St Phillip’s Primary School and Anglican Grammar School Otan Aiyegbaju for his primary and secondary education respectively between 1967 and 1977. He took an appointment with Government Coastal Agency (a clearing and forwarding company of the Federal Government of Nigeria under the then Federal Ministry of Transport) as a coastal assistant between 1978 and1982. He proceeded to Oyo State College of Education to study Economics/Political Science Education in 1982 and graduated with distinction in Economics and Political Science in 1985.

He completed his National Youth Service Corps in 1989 and joined Delloitee Adetona Isichei & Co, a Chartered Accounting firm as an Audit Training and resigned as an Audit Semi Senior in April 1994.

He worked with consultants of three firms to examine the books of National Electrical Power Authority during the Abacha Administration probing the activities of NEPA. He also worked briefly as the Accountant of Unimerchant Finance before joining in October 1994 Industrial Projects International Nigeria limited a Soap and Detergent Manufacturing company as an accountant. And in January 1999 he became the General Manager Finance the position he occupies to date.